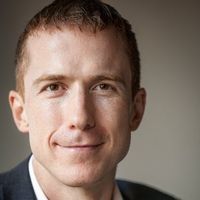 On Friday, the 50th annual meeting of the World Economic Forum in Davos concluded, with its aim of improving the state of the world.

The event brought together around 3,000 business, political, academic, non-profit and cultural leaders in a way that doesn’t happen in any other place. The event was attended by heads of state from 53 countries and business attendance was so broad, it is easier to call out the leaders of the world’s largest companies who were not there, rather than listing those who were.

As I reflect on the event, six takeaways struck me, united by a single overarching theme: standardized disclosure.

1. Climate change is the long-term issue of our time and requires collaboration from all corners of society: No issue came close to comparing to the importance of the environment in the minds of Davos participants. Firms in the financial, digital business and traditional business sectors overwhelmingly (but not universally) exhibited a strong personal and professional willingness to address this issue in collaboration with other stakeholders. I recall a telling conversation with a CEO, who is one of his country’s largest polluters and is deeply committed to doing more to protect the environment. He is trying to work out how to take action without sinking his business. Governments, businesses, capital markets and civil society all need to do their part to change the rules of the game that allow for this broad and sincere goodwill from such a large cross-section of business to turn this sentiment into sustained action.

2. Disclosure of more non-financial data is one of the few practical next steps that can both broadly unite and lead to widespread change: Opposition still exists when taking bold steps around climate change. This opposition was most notable from national political leaders from the United States. Saying that, there was openness to the disclosure of environmental, social, governance (ESG) and even cyber metrics in the public domain. That allows capital markets to make their own decisions about whether ESG impacts long-term financial performance. It gives governments the data they need in order to better regulate. It allows academia to drive fact-driven debates. It also permits social and cultural leaders to mobilize consumers to inform consumption decisions.

One of the most pointed debates at Davos was between US Treasury Secretary Mnuchin and Christine Lagarde, President of the ECB revealing stark differences on the need for climate action. Davos provided the unique opportunity for me to ask whether disclosure is one of the few topics that could unite the two of them and the reception was somewhat open (a rare piece of common ground between the European and American public sector on the environment these days). Disclosure feels like an important start and a path forward that a diverse set of stakeholders could unite behind.

3. To get to disclosure and information sharing that will drive change, you first need to set standards: Disclosure that is voluntary and in one’s own unique format will not live up to its full potential at best and is mere marketing at worst. There are lots of competing standards for disclosure of more non-financial data in business but I recall more conversations mentioning SASB than any other path forward for business. In the cyber space, working groups spoke about the need for greater information sharing but creating trust and clarity on what to share next proved more difficult. This was parallel to discussions in the cyber insurance claims space. Before we start sharing cyber claims data in a meaningful way, getting to standards about the taxonomy of data to collect in a cyber claim is a clear first step and one that CyberCube continues to work with industry stakeholders on.

4. Cyber poses a clear and present threat today to the highest levels of business but more work is needed on data collaboration, with standards being a starting point: One mantra often heard in cyber circles is that cyber risk should be a business issue, not an IT issue. I can confidently say without reservation, it is a business issue at the highest levels of the world’s largest corporations. I cannot recall a single conversation with a business leader whereupon my introduction they did not believe cyber risk was critical to their business today. Whether the nature of the risks were well understood or appropriately disclosed in a manner that was comprehensive, comprehensible and useful, especially at the Board level, was another matter. Certain consulting leaders claimed to have “cracked the code” on board reporting. Even if they are right, we have a long way to go to make the issue more comprehensive, comprehensible and disclosed in standard formats. This is particularly important for Boards to undertake their governance responsibilities effectively.

5. Europe’s lack of technology leadership is a cause of concern but the scorecard for success needs to be more clear and more aspirational: Europe contains some of the world’s largest markets, best academic institutions and so many of the ingredients need innovation. In the technology space, that has not transpired to Europe producing the global technology leadership one might have expected.

One of the more optimistic Europeans I encountered displayed a chart highlighting seven of the world’s largest 50 technology companies coming from Europe. My read was more stark. If you exclude telcos, the only global company left is SAP. This does not reflect the entirety of the potential of Europe.

As a company, CyberCube is putting over half of its net headcount growth into Europe, so we certainly see the potential. But not disclosing, calling out and highlighting the importance of this technology gap does not do Europe any favors. Being the regulator that sets standards for, taxes and regulates US technology companies also cannot be the end game for the continent. I recall a particularly telling group conversation around a dinner table where the bold aspiration and risk tolerance of capital in the US and China was compared to the incrementalism of European private and public sector capital and the reliance on conservative debt capital to drive innovation. It remains to be seen whether the continent’s 2050 goals on climate inject that bold aspiration and capital from both public and private sectors to drive business innovation. There is an opportunity for Europe to invest in a way not seen in China and the US. The group was hopeful but not optimistic.

6. Disclosing data is not enough to create social change, given we make decisions with our hearts as much as our heads: The needle movers driving those to action at Davos were often not those with the science or facts but those that move us emotionally. I was moved to personal action hearing from passionate youth like Greta Thunberg, cultural leaders putting issues of climate in human terms and artists creating installations that make the impact of environmental degradation real at a human level. Disclosing data is a start but often it’s civil society that will create the emotional calls to action with this data. The cyber space is an area where disclosing data requires even more work to make that information comprehensible and meaningful to everyday people and business leaders alike.

Bring it all together into a common theme: Standardized disclosure.

Is greater disclosure the answer to the most pressing global issues of the day? No.

Saying that, we simply can’t make better decisions as a planet without access to the right information, provided in the right forums, structured in ways that make it broadly comparable and therefore broadly actionable.

Disclosing more relevant information, in more standardized ways unlocks tremendous potential across stakeholder groups in business, capital markets, government, academia, and civic institutions. Not one of these stakeholder groups has a monopoly on good ideas. In fact, they each have their fair share of bad ones. Saying that we will not be able to improve the state of the world without all of these stakeholders playing a role, which is what makes the Davos multi-stakeholder dialogue so uniquely important.

Each stakeholder group has a different take on what would improve the state of the world. Let’s disclose more information in a standardized form to empower each of them to do just that.

"Each stakeholder group has a different take on what would improve the state of the world. Let’s disclose more information in a standardized form to empower each of them to do just that." 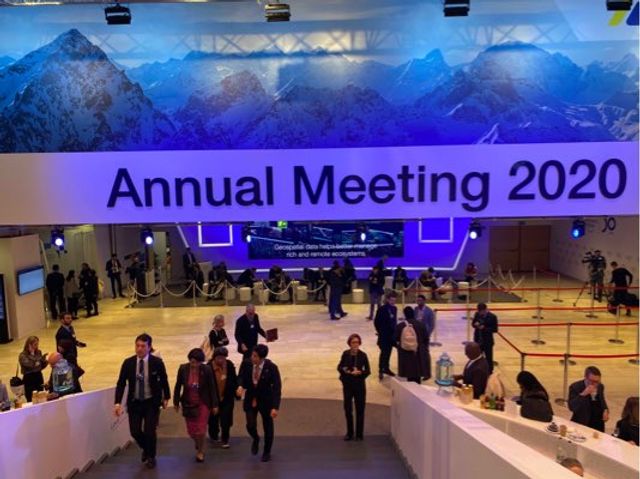 Sustainable finance has been in the news the past week prior to and during WEF20, with major announcements regarding climate risk and disclosure from the likes of Blackrock and Bank of America, among others. BSI clients are asking us questions. How can…https://t.co/UYAYELIGPs

The big four accounting groups and scores of the world’s largest companies have signed up to a new framework launched at #Davos to report on corporate metrics on social and environmental topics in line with the #SDGs. https://t.co/v5jnBAN0vq #wef20

Cybersecurity at Davos: Is there anything we can agree on?
Pascal Millaire

Dispelling the claims myths on cyber insurance (...and celebrating the successes)
Pascal Millaire